With a new year fast approaching, it’s worth asking what the future holds for HSE racking inspection legislation and the global supply chain

HSE racking inspection legislation has not changed one iota since the second edition of HSE’s comprehensive guide to warehouse safety was published way back in 2007. On the one hand, this makes sense. The coalition and the Conservative governments have both made changes to HSE since 2007 by introducing the new CDM regulations and by continuing to reduce HSE spending. To change racking inspection guidelines as well would be unnecessarily disruptive and, quite possibly, costly.

This is because, at present, HSE recommends that “expert” racking inspections are performed by SEMA approved racking inspectors. SEMA, Storage Equipment Experts and all the other companies that perform these inspections are private organisations. In other words, we don’t cost the government a penny and, with the current government evidently so eager to save money, they’d probably like to keep it that way.

On the other hand, the world has changed a lot since 2007. True, a lot of these changes have had little to do with racking inspections, but one change in particular might: drone technology.

In the British warehouse safety industry, pallet racking inspections by drone were first raised as a serious proposal back in 2015 at the SEMA Safety Conference by Steve Cowen from SEMA’s technical committee. In principle, it makes perfect sense. Rather than SEMA approved racking inspectors (SARIs) putting themselves in harm’s way by getting too close to a potentially unsafe racking system, they could send a drone in to inspect the problem instead. As well as being safer, this could save time, thus allowing more SARIs to inspect more businesses on a given day — which would further increase racking safety.

Still, as great as this all sounds, the idea proposed by Cowen literally failed to get off the ground, as he said that he was unable to fly the drone indoors due to existing health and safety legislation.

This setback is indicative of a larger problem drones face: they are widely considered to be unsafe. Or rather, they are not considered to be safe enough to be used for commercial purposes. This is certainly the case in the US, where FAA regulations on drone use mean that San Francisco startup Tacocopter (a company whose business model is delivering tacos by unmanned drone) has been in its “beta-phase” for over five years now.

It’s not just startups, though. Amazon Prime Air is a drone delivery system which the company is continuing to test (despite the aforementioned FAA regulations) probably in the hope that, by the time the technology is perfected, those pesky legal issues will just go away.

So, drones could very well change both the warehouse safety and delivery sides of the supply chain. However, to do that, drones need to become much safer — especially if they are going to be used for racking inspections. After all, there’s no point introducing a technology for safety purposes if the technology itself is not safe.

Some believe that a newly developed radar system for drones might be the solution to all of this, but there will likely be more logistical hurdles to overcome before we see the supply chain revolutionised by drones. For now, it’s unclear whether drones will be the future of racking inspections by SEMA approved inspectors. Whatever happens, though, we at Storage Equipment Experts welcome any future in which SEMA racking inspections can be performed safer and faster. 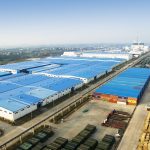 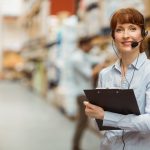