China may well be the next global superpower, but there’s a lot standing in its way

If September’s G20 summit in Hangzhou and Donald Trump’s obsession with saying “China” are an indication of anything, it’s that this country is big news. China is big, powerful and very proud of its growing prevalence and influence on the world stage.

So What Do SEMA Racking Inspection Courses Have to Do With Any of This?

China is the second largest economy in the world and hundreds of millions of Chinese people have emerged from poverty in the last fifty years. There are, however, quite a number of setbacks to this success story, as well. Alongside the air pollution and growing income inequality, China remains an incredibly unsafe country to live and work in — at least when compared to more economically developed countries.

There’s no one solution to all of China’s problems, but there are several things which China could stand to learn from other countries about workplace safety. If they do, 2017 could be a great year for China.

It’s no secret that working conditions across the whole of China are pretty bad; the workplace fatality rate is four times higher in China than in the US. But China has a particularly terrible history when it comes to warehouse safety. The Tianjin warehouse explosion was big news back in 2015 when, tragically, 173 people were killed. However, what’s worse is that this is not the end of the story. From January 2016 to August 2016, Greenpeace claims that a further 199 deaths and 400 injuries were also caused by bad chemical storage in warehouses.

SEMA racking inspection courses and rack inspection training would not solve this problem overnight, but they would go a long way towards fixing China’s inexplicable lack of warehouse safety. After a warehouse explosion in Flixborough killed 28 people, the British government responded by creating HSE. Since then, workplace fatalities have decreased by 85% and workplace injuries have fallen by 77%.

SEMA racking inspection guidelines, as well as many other kinds of safety guidelines, have been instrumental to this incredible decrease in needless death. There is no reason why this same kind of decrease could not happen in China. The need for warehouse safety and racking inspection regulations in China is undeniable and the Chinese government is hardly beyond implementing huge changes through government legislation.

Rather, it’s quite the opposite. China remains a one-party, authoritarian country and just this month, the government passed legislation further restricting internet use in China and further increasing cybersecurity for all 1.3 billion Chinese citizens. Evidently, the Chinese government is able to introduce new laws and regulations relatively easily. If they want to continue to grow economically, they’d be wise to use their legislative powers to introduce more stringent workplace safety regulations — with a particular focus on warehouses.

2. The Chinese Government Needs to Learn That Safety Pays

The idea that workplace safety is unprofitable is a common but incorrect idea. After all, OSHA has calculated that American businesses alone spend $170 billion on workplace-related injuries and fatalities every year.

3. Safety and Sustainability Need to be Tackled Together

Chinese business is not sustainable; Chinese business is not safe. These two things may seem like separate issues, but they’re really not. In the US, the four least sustainable states to do business (as measured by carbon emissions per capita) and the four least safe states to do business (as measured by workplace fatality rate per 100,000 workers) are the same four states: Alaska, North Dakota, West Virginia and Wyoming.

There is data to back up the assertion that sustainability is just as profitable as safety. CDP, a British non-profit organisation, calculated that corporations who plan for climate change secure an 18% higher return on investment (ROI) than companies who do not. Moreover, they secure a 67% ROI than companies who refuse to disclose their emissions.

Whether you’re based in Derry, London, or Stockton-on-Tees, contact Storage Equipment Experts to find out more about rack inspection training and racking inspection services. 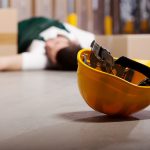 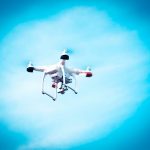