What Is SEMA? The Storage Equipment Manufacturers Association Explained

Health and safety is full of acronyms, so let’s explain what one of those acronyms means.

So, what is SEMA?

SEMA (the Storage Equipment Manufacturers Association) is a private organisation which helps to advise HSE, the EU, and the general public about storage equipment safety. It does this through training courses and Code of Practice documents on the installation, use, inspection and disassembly of storage equipment. Some of this advice has become legal practice, but most of the advice remains best practice.

And what is SEMA’s role?

What is SEMA’s History?

Since its formation, SEMA has been providing advice on best practice for people in the storage equipment industry. Since then, it’s reached many milestones on the way. One of these is the SEMA Code of Practice: a series of documents which has been helping the industry since the 1980s. This series of documents — which has been updated throughout the years — explains what end users of racking systems should do in a whole variety of situations.

Another milestone for SEMA was when the SEMA Code of Practice’s stance on load notices helped to shape European and British law in 2004. How this happened all started back in the ‘90s. After EC Directive 92/58/EEC was announced by the EU in June 1992, the UK introduced the Health and Safety (Safety Signs and Signals) Regulations in 1996. These regulations meant that there was now a legal requirement for how load notices should be.

SEMA modified its Code of Practice in accordance with this legislation. It then updated its stance on load notices again in 2004 with the SEMA Load Notices Code 2004. In 2008, EN 15635 was developed by the EU and it was based on the SEMA Load Notices Code 2004. EN 15635 is a standard which has influenced not just British law, but law across the EU. All of this shows how powerful SEMA’s influence can be.

What is a SEMA Approved Installation Company?

Another milestone in SEMA’s history is the development of training and registration schemes for the storage equipment industry in order to improve standards. There is the Storage Equipment Installers Registration Scheme (SEIRS), which helps end users to make sure that person installing their storage equipment is qualified.

There are also SEMA Approved Installation Companies (SAICs), which help end users to make sure that the company installing their storage equipment is qualified. There are even SEMA Distribution Companies (SDCs), which help end users to make that the company they are buying their racking system from is qualified.

What Is a SEMA Approved Racking Inspector?

Finally, when your racking is installed and you are using it day to day, you will need to make sure that a qualified person can inspect your system at least once every 12 months — as recommended by HSE. This is why SEMA developed its SEMA Approved Racking Inspector (SARI) scheme.

In order to become a SARI, you need to have enough of a background in engineering or health and safety to complete a pre-course qualifier. After that, you need to complete an intense training course, pass a final exam and continue to attend top-up sessions and seminars to make sure that your knowledge of the storage equipment industry is up to date.

The failure rate for SARI examinations is high and it’s also high for another one of SEMA’s training courses: the SEMA Cantilever Rack Safety Awareness course. Cantilever racking is a specialist type of racking system. As such, only 42 SARIs in the world are also qualified by SEMA to inspect cantilever racking. Our SARI at Storage Equipment Experts is part of this exclusive club.

For rack inspection training or a rack inspection from a SARI who is qualified by SEMA to inspect both pallet racking and cantilever racking, contact Storage Equipment Experts today. 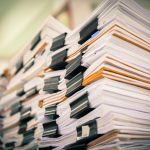 What Are HSE Guidelines?

Got Pallet Racking in London? Contact Us for an Inspection Today! 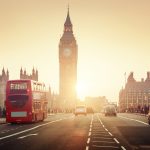