The UK, HSE, The EU, and Racking Inspections: The Pros and Cons of Brexit in an Infographic

The costs of Brexit are a matter of debate, and this is just as true for racking inspections and HSE. In our infographic, we present the facts. However, what you take away from the facts are a matter of opinion and personal decision making.

For example, the UK joined the EU in 1973. Just one year later, in 1974, HSE was formed. Since 1974, workplace fatalities have fallen by 86 per cent and workplace injuries have fallen by 77 per cent. Those are the facts, but people’s interpretations of those facts may vary wildly.

On the one hand…

Some might say that the EU and HSE’s relationship have been integral in reducing workplace fatalities. Moreover, if the UK had not joined the EU, they would have had no reason to create HSE. The dramatic fall in deaths and fatalities in British workplaces is almost entirely related to our EU membership and, outside of the EU, those fatalities and injuries are likely to increase.

On the other hand…

What’s more, there is no reason to suspect that HSE was formed because the UK joined the EU. Most people, including HSE themselves, point to the Flixborough warehouse tragedy as the real reason behind the formation of HSE. The EU had nothing to do with it. The British government has no reason to negatively change the way HSE operates when it continues to do such a great job year after year.

What Will Brexit Mean for Racking Inspections and Warehouse Safety in the UK?

However, what is less certain is what will happen to HSE and workplace safety in general. As we explained earlier, the situation is not black and white. So, with our infographic, we’ve attempted to present the facts as they are and look at both sides of Brexit: the pros and the cons.

What Will Brexit Mean for HSE’s Stance on Racking Inspections?

For Britain to continue to be a major economic player on the world stage, our high racking inspection standards, and health and safety standards in general, will need to be maintained. Whatever happens as a result of Brexit, Storage Equipment Experts will continue to do our best to make sure that our racking inspection services remain as good as they

have always been across the whole of the UK. 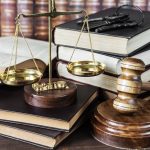 What will Brexit Mean for Warehouse Safety Laws?

SEE Offer the Biggest Range of Racking Inspections Services in the UK! 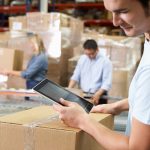