The Importance of Racking Inspections in the Fireworks Industry

November 5th is fast approaching, but without regular pallet racking inspections, Bonfire Night would be a very dangerous holiday

Fireworks can be extremely dangerous. When you light that fuse, you are essentially starting a controlled explosion. Without government oversight and HSE regulations on fireworks, they’d be nothing but glorified grenades!

However, before fireworks can even get into our hands, they have to be stored properly, and this is no mean feat. Without regular pallet racking inspections, a warehouse full of fireworks is a disaster waiting to happen.

For those working in one of the many firework warehouses in Liuyang, China, imagination is not necessary. Liuyang produces 60 percent of the fireworks sold in China’s $600 million a year fireworks industry. However, those fireworks aren’t just blown up in China; 95 percent of fireworks used in the US are from China.

In other words, Liuyang fireworks are an international phenomenon and, as such, their safety needs to be assured. Unfortunately, though, this is not always the case. Explosions, injuries, and — sadly — deaths in fireworks factories in Liuyang and across China are depressingly common.

At the G20 this year, China attempted to demonstrate to the whole world that it was an economically developed global powerhouse that was open for business. However, though China has undoubtedly made immense progress in many areas, it is still plagued by human rights abuses, political corruption, censorship, and air pollution.

Added to all that, China remains an extremely dangerous place to work. One year after the Tianjin warehouse explosions in 2015 which killed 173 people, many critics argue that the government has not learnt its lesson. In order to become the sort of country that businesses can invest in with a clear conscience, China needs — among many other things — work safety regulations, such as racking inspection regulations.

What Can Pallet Racking Inspections Do for the Fireworks Industry?

Initiatives like this from HSE are probably why workplace fatality rates have fallen by 86 percent. HSE made the right decision when it came to recommending safety inspections for businesses and, with regular pallet racking inspections, the fireworks industry in China could be much safer.

When you’re storing fireworks, you cannot afford to take risks. A warehouse racking collapse this year in the UK made the headlines, and — thankfully — no-one was injured. In this case, however, the warehouse stored cheese. Cheese is soft, cheese is not very dense, and cheese is not explosive.

Fireworks stored in the British warehouses are in a safe condition precisely because of HSE’s recommendations on pallet racking inspections. Without this, a warehouse full of fireworks would be a ticking timebomb.

Whether you’re storing fireworks or anything else in your warehouse, it needs a pallet racking inspection as per HSE’s recommendations. So contact us today! 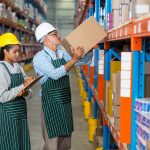 Is it a Legal Requirement to have an Annual Racking Inspection?

The 12 Workplace Dangers of Christmas 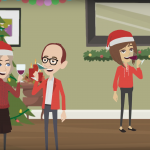