The History of Pallet Racking and Warehouses

From the industrial revolution to the rise of Amazon, warehouses have always been behind the scenes of a much greater historical narrative of business. But where did it all begin? How did we come to live in a world where warehouses and pallet racking are so essential to companies and economies?

Warehouses, in different forms, have arguably been around as long as humans have had agriculture. Settling down in one spot meant that humans could harvest food rather than hunt for it. All this harvested food needs to be stored and so, in that sense, humans have been using warehouses for 15,000 years. Still, the warehouse as we know it today is a much more recent invention.

The modern warehouse, pallet racking systems, and the Industrial Revolution

A planned and efficient warehouse with organised pallet racking systems that categorically stores items en masse has its roots in the industrial revolution. The modern warehouse meant that humans could produce huge surpluses that allowed for jobs beyond farming and making things from raw materials. This surplus has been hugely important in human history. As John Green puts it, if you live somewhere other than a farm, enjoy free education, eat blueberries during the winter, or live anything even resembling a modern lifestyle, then you have the Industrial Revolution to thank. And without warehouses or pallet racking systems, the Industrial Revolution could not have happened.

Since the Industrial Revolution, warehouses have gone through many changes. The first is that they became more functional, rather than being the aesthetically pleasing buildings that they once were. This increase in functionality is a sign of how warehouses have multiplied. Now, warehouses have a variety of uses. Some of the oldest once have become part of history, their architecture making them perfect for art installations or museums. More technologically advanced warehouses have helped fuel the rise of online shopping. Amazon, for example, prides itself on a well maintained warehouse and an excellent pallet racking system.

The current challenge for warehouses is not rapid growth, but steady growth. In less economically developed regions, we have seen the disastrous costs of valuing efficiency of business over safety when it comes to warehouse use. This is why SEMA approved pallet racking inspections and racking inspection courses are so important. The warehouse of today, and the warehouse of the future, should aim to be smart and safe in order to be profitable.

Make sure your business has the warehouse of the future! Contact Storage Equipment Experts Ltd today for a pallet racking inspection from a SEMA approved racking inspector. 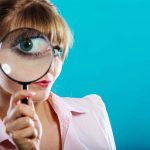 How to do a Pallet Racking Inspection 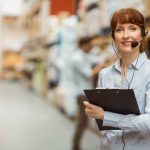