Is Racking Inspection Legislation Different Across the EU?

The EU is made up of some common laws, but not every country follows the exact same laws. So, how does racking inspection legislation factor into this?

In the case of racking inspection legislation, one of the most influential European Standards across the EU — EN 15635 — was based on SEMA Load Notices Code of Practice 2004. So, rather than the EU telling SEMA what to do, SEMA told the EU what to do…

One of the many reasons that people who voted to leave the EU chose to do so was because of the idea that EU is responsible for such a large percentage of British laws. However, depending on who you asked, this percentage varied wildly. How exactly such a seemingly simple question can vary so wildly is down to the way the EU works.

EU guidelines — for racking inspections and for everything else — come in many different forms. As such, it’s hard to say what’s counts as an “EU law”. Some class all these guidelines as laws, and some just class some as laws. Not all of these guidelines are legally binding, but some are required for trade within the EU.

However, not every EU member state needs to follow every standard if they don’t want to. This is because a given standard might only affect an area of trade which that particular member state does not care about. As such, they might choose to ignore that standard. The European Standards Organisation is one of the many bodies which the UK may choose to remain part of in the instance of a so-called “soft Brexit” because it’s not technically part of the EU.

EN 13565 affects storage equipment, which is why it was based on SEMA’s Load Notices Code of Practice 2004. If an EU member state wants to make sure that it can trade with other EU member states, it probably needs to have a warehouse which meets European Standards. Businesses which don’t have warehouses will not need to meet this standard because it won’t apply to them.

So, Is Racking Inspection Legislation Different Across the EU?

Yes and no. Yes, all businesses with warehouses in European countries will need to follow EN 13565 in order to trade with each other. However, EN 13565 is quite vague. It’s a standard rather than legislation and different countries interpret this standard differently.

In the UK, EN 15635 led to the creation of BS EN 15635 and HSE HSG76. The first is a British standard and the second is a list of guidelines from HSE. The HSE guidelines refer to laws and define terms used in EN 13565. For example, EN 13565 recommends an inspection once every 12 months from an “expert” rack inspector. In HSE’s HSG76, it echoes this advice, but it gets specific by mentioning SEMA approved inspectors as an example of a SEMA approved inspector. 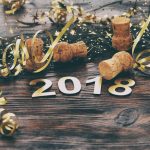 Why You'll Need a SEMA Racking Inspection Course in 2018

Where to Find a Storage Rack Safety Inspection Checklist 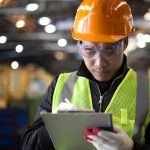