The Advertising Standards Authority (ASA) criticised Heinz’s #CanSong ad campaign for encouraging a lack of safety. So what can Heinz learn from pallet racking safety checklists?

Heinz’s #CanSong rang hollow with the ASA after the latter complained that the well-known baked beans company were encouraging “behaviour that could be dangerous for children to emulate” in their recent advert. The advert depicted a lot of different people using used Heinz cans and their hands to create a song. The advert even began with instructions which included taping the top of the can to avoid cutting your fingers.

Evidently, though, this recommendation was not enough to quell the ASA, who warned Heinz “to ensure that future ads did not condone or encourage behaviour that prejudiced health and safety”.

Who Are the ASA? How Can an Advert Be “Unsafe”?

While taping the edges of the can was not enough of a safety recommendation for the ASA, the real question is how and why the ASA is able to call adverts out on their levels of safety.

With regards to the former, the ASA being independent means that, in theory, it is not in the pocket of any big businesses. As a result, it can make rulings against large companies (such as Heinz) without fearing repercussions. In fact, according to its own assessment, companies are happy to take on board the ASA’s recommendations, though political campaigns are another story.

So the ASA is an independent body which regulates commercial advertisements but not political ones. But why should it have the power to ban adverts? And why is it banning adverts based on health and safety concerns?

Whether or not the ASA was right to ban Heinz’s advert is a matter of debate. However, what the issue highlights is how careful businesses need to be when they hand out advice, lest that advice injures people.

Nowhere is this truer than with pallet racking safety checklists. After all, getting your finger cut on a can because of a song from an advert is one thing. Being involved in a warehouse racking collapse that happened because of a faulty racking inspection is quite another.

That’s why the quality of a racking inspection checklist is so important. If you’re told that your pallet racking safety checklist is written by an expert, then it absolutely should be. This brings us back to why the ASA is so important and why the Heinz ruling, though it may have been silly, highlights what the ASA is there for.

The ASA Means Racking Inspection Checklists You Can Trust

The ASA is there to make sure that the safety advice we offer (whether that’s through promotions of our product, for free on this blog, or as part of our racking inspection services) is up to scratch. We are confident that it is, and so are our happy customers. 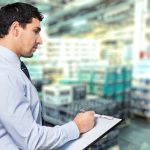 Racking Inspection Services & Other Tips for Workplace Safety in 2017 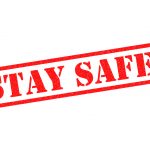