Everything is subject to change and safety training is no different. As business models evolve in the face of cutting-edge technologies, safety training has also developed some new and exciting ideas. Our racking inspection training course is still immensely popular, but

who’s to say that — in 20 years’ time — it won’t include some of these innovative new ideas?

1. Safety Villages: The Safe Place for Children to Make Mistakes

How is your child meant to know what to do if there’s a fire? You could tell them, but some people learn better by doing. So how can you let your children act out what to do in the event of danger without actually putting them in danger? The answer to that question is precisely what drove Terri Kindberg to develop their Chautauqua Children’s Safety Education Village.

The “safety village” looks somewhat like a film set and is filled with mock dangers that the children are encouraged to navigate their way through with the help of a few trained instructors. As of July 2016, there are only a dozen or so of these villages across North America, but the nonprofit responsible aims to develop more in the future.

2. Drones, The SEMA Safety Conference, and The Future of Racking Inspection Training?

November 2015’s SEMA Safety Conference was a veritable hub of safety innovation as speakers from across the industry came together to discuss how to improve upon SEMA’s already high standards. One the ideas put forward by Steve Cowen from SEMA was the introduction of drones to perform rack safety inspections.

While he conceded that there would be many legal and logistical hurdles, he believed that the principle of the idea was more than a gimmick. There are some racking systems which some SEMA approved rack inspectors (SARIs) will, quite rightly, refuse to inspect because of how dangerous they are. If a SARI can tell, from a distance, that a racking system is unsafe then that it is because it is extremely unsafe.

Cowen suggested that a solution to this would be racking inspection via drones. These unmanned machines are fitted with cameras which allow for people to inspect a racking system in detail but, crucially, do so from a distance. If this idea is adopted by SEMA, it could spell big changes for our current racking inspection training course.

For the foreseeable future though, SEMA approved racking inspectors across the UK have their title because they are able to spot the things that machines and those with a basic level of racking safety knowledge cannot. The automation of labour

Contact Storage Equipment Experts for rack safety inspections and training from the people at the forefront of the racking inspection industry. 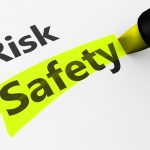 What Can Health and Safety Experts Learn from the Collapse at Birmingham Recycling Centre? 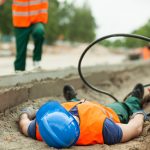