SEMA racking safety is the cornerstone of warehouse safety in the UK. Without SEMA’s input, our nation’s warehouses would be very dangerous places.

It’s easy to not appreciate how safe British workplaces are. Far too often, the words “health and safety” are synonymous with a nanny state. Stories about “health and safety gone mad” are by far the most popular representations of health and safety in the media, but they are by no means an accurate or fair picture.

The UK needs SEMA racking safety because it helps to reduce the number of people who die at work. Yes, extreme examples of overprotective business owners refusing to do tasks as basic as heating baby milk on the grounds of health and safety are annoying, but there are two things to know about these sorts of stories.

Firstly, the stories themselves are seldom ever the result of an actual health and safety law. 99% of the time, these events happen either because business owners misunderstood the law or because they wanted to be extra careful. However, the truth is that there is no law banning conkers from British playgrounds, selfie sticks from nightclubs, or pins from pin the tail on the donkey games. These are all examples of the all-too-common health and safety myth.

Instead, there are headmasters of schools and business owners who want to avoid risk. If that means upsetting people, at least they can always blame “health and safety” and avoid losing face.

The second and most important thing which those sorts of stories miss is how much SEMA racking safety and other health and safety legislation has helped to make the UK a safer place. For the last year-long period that we have data (2016 to 2017), 137 people died at work in the UK. Each one of those deaths is a tragedy, but when you compare that figure to other countries and other periods in history, you begin to see how far the UK has come.

To begin with, 137 is 85% less than the nearly 700 people who died a year at work in the UK during the 1970s, in a period where nearly 6,000 people who died at work every year in the UK at the start of the 20th century. Though, it’s not just history which shows how invested the UK is in workplace safety. With a workplace fatality rate of 0.4 per 100,000 workers for 2016/2017 and of 0.5 over the last few years, the UK is the safest country in Europe in terms of the workplace fatality rate.

What does SEMA racking safety have to do with any of this?

SEMA racking safety one of the many things which help to keep British workplaces so safe. HSE can’t afford to maintain safety all by itself, especially not when its budget is continuing to be cut. As such, private organisations like SEMA are needed to make sure that safety inspectors are trained and that updates to guidelines for racking safety best practice are published.

HSE often defers to SEMA racking guidelines and SEMA racking services in its guide to warehouse safety. The reason for this isn’t just because SEMA is a trustworthy organisation which understands rack safety. It’s also because it’s cheaper for HSE to outsource this sort of work to an organisation like SEMA.

To make sure that your warehouse maintains the highest safety standards, contact us today for a SEMA racking safety inspection from a SEMA approved racking inspector. 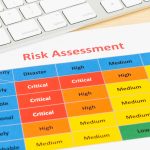 What is a Risk Assessment? 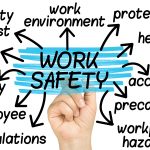