What would “Brexit” mean for SEMA?

Businesses, politicians, and voters are all wondering what “Brexit” (British exit from the EU) could mean

for them, and SEMA are no different. At the SEMA meeting on 17th September 2015, members of SEMA’s team as well as SEMA approved racking inspectors, and people from all areas of the construction industry, came together to discuss what Brexit would mean for SEMA. There are many things to consider.

What kind of Brexit are we talking about?

To quote one observer, the EU is a reflection of how much “Europe loves asterisks that add exceptions to complicated agreements”. For this reason, it is very hard for to debate about whether Brexit would be good or bad without deciding on what relationship the UK would have with the EU after its exit. To begin with, the UK is already an exception to some EU rules. Most notably, we are not part of the Schengen Zone or the Eurozone.

Nigel Farage has often campaigned for a Brexit that would leave us within the European Economic Area (EEA) but outside of the EU. Countries in this position include Norway, Iceland, and Liechtenstein. Farage’s view is that this sort of position would be good for UK because it would mean a trade relationship with the EU but the ability to have more control over our own laws. However, critics disagree and argue that it is not as simple as Farage believes. For a start, Norway, Liechtenstein, and Iceland are all part of the Schengen Zone and so they have much less border control than Farage would like. Added to that, all three countries still have to pay a membership fee. Then there are the problems of how the UK would look internationally without the EU and the economic concerns tied to that. For Brexit to look how Farage wants it to look, the UK would have to negotiate a deal that is wholly unique as well as address the issue of UK’s international position.

What would Brexit mean for the racking inspection and warehousing industry?

However, the likelihood of the EU agreeing to this relationship is debatable. Moreover, even if David Cameron is able to negotiate Brexit without alienating key trading partners, it could still be bad for business. SEMA are currently the UK representative for the European Federation of Materials Handling (FEM) and a member of European Committee for Standardization (CEN). According to SEMA, CEN are “the official EU organization responsible for creating and maintaining European standards”. Without the EU, it is unlikely that SEMA will continue to have this responsibility on the European stage. It is possible that this could weaken their influence.

Are we having this debate too soon?

The problem with the EU debate is that the UK government has yet to finish outlining what  Brexit might look like. Many of the key issues are still up for debate and so there is much conjecture. Still, that hasn’t stopped influential business figures from making their position clear. Whatever the future of the EU, SEMA and the whole of the racking inspection industry will be sure to continue delivering the highest safety standards.

Whatever the future may hold, be sure that your warehouse is safe. Contact SEMA Racking Inspections to for a visit from the best SEMA approved racking inspector in the UK. 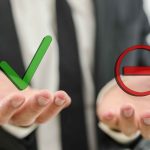 Cantilever Racking or Pallet Racking: What's Best for My Business?

How do HSE's new CDM Regulations Affect You? 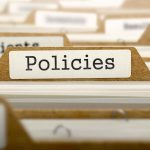