The History of Racking Inspection Training

People like to get misty-eyed about the “good old days”, but nowhere is the feeling more misplaced than with racking inspection training and workplace safety standards. During the Industrial Revolution in the UK, working conditions were truly abysmal.

Workplace accidents were so commonplace in factories that up to forty percent of all accidents cases in Manchester infirmary were a direct result of factories. The idea of introducing racking inspection training, or safety training of any kind, at this point would have been utterly laughable. All things considered, it is amazing how far we have come.

From 1802 to 1878, parliament began to introduce several different pieces of workplace safety legislation. These pieces of legislation varied in terms of successful implementation and the amount of legislation was far from enough, but it was a start.

In 1819, 1833, and 1878, three different Factory Acts were introduced. The first two were failures, but the third made some steps in the right direction by making sure that no child under the age of ten was allowed to work. However, it was not until the Factory Act of 1961 that we ended up with the factory and warehouse standards that we have today. Health and safety is a long process of trial and error, but we get there eventually.

HSE is born: A new era for racking safety and racking inspection training

In 1974, an explosion at a warehouse in Flixborough killed twenty-eight people and many more were severely injured. This tragedy was evidently a sobering wakeup call for the British government and so, in the same year, the Health and Safety at Work etc Act 1974 was introduced. This act of parliament laid the framework for what we now know of as the Health and Safety Executive (HSE). HSE got to work quickly and, not matter what statistic you look at,

their influence on the safety of the British workplace has been overwhelmingly positive. Fatal injuries, non-fatal injuries, self-reported accidents, and workplace illnesses have all fallen sharply since HSE’s inception. Racking safety standards and racking inspection training standards have since been revised and continue to be made better as a result of HSE’s work.

“Elf and safety gone mad!”: The backlash to HSE and HSE’s response

Despite the overwhelming evidence to the contrary, some commentators believe that HSE is too far reaching and overprotective. Yet even a cursory look at the data will tell you that this is without basis. Most of what is published against HSE is either misinterpretation or entirely false. In response, HSE published a series of articles in the name of “myth busting”. The fact that we now live in a country where some people think we are “too safe” is an extremely positive thing when you stop to consider how unsafe warehouses and factories were in the past. Racking inspection training and racking safety are two cogs in a much larger machine that has helped to shape the UK into a country where the lives of workers are preserved, not endangered.

We too are part of this history. For years, we have been providing racking inspection training and racking inspections from a SEMA-approved inspector. We are proud to be the product of a long history of workplace safety reforms, and we plan to be a big part in the future of racking safety too. 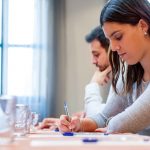 The Benefits of Racking Inspection Training for SMEs

The Future of Racking Inspection Training 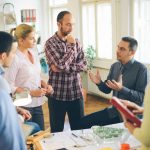