Does The SEMA Code of Practice Account for Mental Health?

The aim of the SEMA Code of Practice is to help end users of racking to be safe, so mental health should be a part of this.

For HSE, mental health considerations in its legislation and recommendations are an important part of delivering on the government’s promise of a “parity of esteem” between mental and physical health. This is why HSE offers advice on dealing with mental stress at work in HSE INDG424, alongside advice on warehouse safety in HSE HSG76. Both guides are available for free from the HSE website. To HSE, the two kinds of safety are just as important.

By contrast, on the SEMA website, there are no free resources on mental health. The SEMA Code of Practice is available for download for a price, but none of the free technical bulletins contain any advice on mental health. To understand why this is, it’s important to understand how the idea of a parity of esteem between mental and physical health came about.

What began as internal government vocabulary for tackling a specific issue has become an expression which, to the general public, is about changing ideas as well as policy.

Because parity of esteem began as a government idea, it’s unsurprising to discover that mental health considerations are a big part of HSE HSG76. It’s less prevalent in the SEMA Code of Practice, but there is reason for this.

This is because it isn’t a document for the general public. It’s a document which offers advice on the technical aspects of racking use specifically for warehouse owners, racking system end users, or anyone else who the CDM Regulations would consider a “client”. The SEMA Code of Practice is also a document which SEMA approved racking inspectors are expected to understand and apply to their own work where possible.

HSE HSG76, by contrast, is a document for the general public. It’s for employers, employees and anyone interested in HSE’s stance on warehouse safety. Consequently, it is concerned with the wellbeing of people more than it is with helping people to understand the intricacies of racking equipment use.

Because warehouse owners are expected to read the two documents together, the SEMA Code of Practice mentions mental health a lot less than HSE HSG76. The latter is expected to be used as a reference for warehouse safety in general while the former focuses specifically on racking use.

For racking inspection services which adhere to the SEMA Code of Practice and HSE recommendations, contact Storage Equipment Experts today. 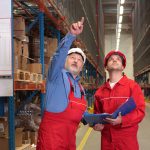 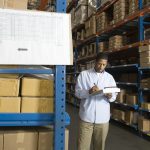