Rack Safety Inspections in Ireland: What Does The Law Say?

When it comes to health and safety, Irish law is made up of two parts: the Health and Safety Authority (HSA) and EU health and safety law. It is these two bodies that decide the laws concerning rack safety inspections in Ireland.

What is the HSA?

The HSA is the governing body for all things health and safety in Ireland. In that sense, it is like OSHA in the United States of America or HSE in the United Kingdom. Relative to OSHA and HSE, however, it was formed quite recently. OSHA was formed first in 1970, HSE was formed a few years later in 1974, but it wasn’t until 1989 that the HSA was formed.

What this means is that many of the health and safety rules and regulations which affect Irish workplaces are new. This is also true for warehouse safety and rack safety inspections, specifically. The Safety, Health and Welfare at Work Act, which forms the basis for almost all Irish workplace safety law, was passed in 2005 and was updated as recently as July 2016.

The act is general. It refers to “inspectors” and “inspections” many times, but it does not use the word “warehouse” or “racking” once. The act is intended to apply to health and safety as a whole and outlines the legal responsibilities of different workplace roles. In this sense, it is like the UK’s CDM Regulations 2015. In fact, just as with the CDM Regulations, the Safety, Health and Welfare at Work Act needs to be read with reference to other legislation to understand the law and government recommendations regarding rack safety inspections.

The HSA’s Relationship With the EU and HSE

The same guide also recommends more regular inspections from “technically competent” staff. For this, we recommend our racking inspection training course, which is performed by a SEMA approved racking inspector.

What Does All This Mean for Rack Safety Inspections in Ireland? 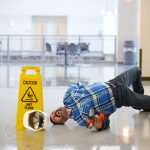 3 Unexpected Pallet Racking Dangers and How to Avoid Them 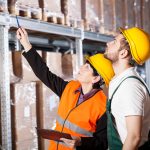