HSE CDM Regulations: Everything You Need to Know

The HSE CDM Regulations have been in force since 2015, but some are still confused about what they mean.

Like most legislation, the idea of the HSE CDM (Construction, Design, and Management) regulations 2015 was to make things simpler. However, also like most legislation, it’s ended up making things more complicated. Or rather, as people learn to adjust to the new system, there’s an understandable amount of confusion. To clear things up, here’s everything you need to know about the HSE CDM Regulations.

What Are the HSE CDM Regulations For?

The best way to understand the new HSE CDM regulations is to understand why they were updated in the first place. The idea is to help “clients” (business owners, building owners, storage equipment users, heads of building sites, etc.) better know their role. Despite the “C” standing for “Construction”, Osborne Clarke calculated that about 85% of people affected by the HSE CDM regulations do not work in the construction industry.

So, according to the HSE CDM regulations, a television producer now works in the construction industry. This became particularly relevant in 2016 when a court heard that Harrison Ford “could have died” while filming Star Wars: The Force Awakens. Film sets can be dangerous places, and so this is why the CDM regulations expanded its definition of construction. To summarise, “construction work” is now a very broad umbrella and so, if you think you fall into this category, then you probably do.

The idea of this was to give legal protection to people working in industries which, until then, hadn’t been covered by very much health and safety legislation at all. By broadening the definition of “construction work”, it’s helped to simplify things. However, it’s also confused a lot of people, too.

The HSE CDM regulations also simplify other elements of health and safety in the construction industry. Namely, the notions of competence and client responsibility.

But what do competence and technically competent mean? No-one could agree, and even Tony Mitchell from HSE conceded that the old HSE CDM regulations made things “too complicated”. What’s more, keen to capitalise on the confusion, over 300 “card schemes” emerged with so-called health and safety professionals claiming that paying for their card made you competent in the eyes of HSE and the law. Without a clear definition of competence, no-one could claim that these card schemes weren’t legitimate.

In short, the client decides who is and is not competent, what is and is not safe, and if something goes wrong then it is entirely the client’s responsibility. With these new regulations in place, it’s more important than ever to make sure that businesses, warehouses owners, and storage equipment users follow HSE’s advice. By following HSE guidelines, businesses will be able to defend their actions legally should the worst happen.

Simplifying the SEMA Racking Code of Practice: Technical Bulletin No. 1 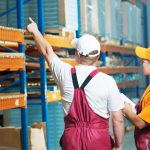