The History of Cantilever Racking

Cantilever racking, and the history of safety that underpins it dates back to at least the 17th Century.

The Early Days of Cantilever Technology

According to the Merriam-Webster dictionary, the first use of the word “cantilever” was in 1667. As far as we know, this word would have had the same meaning that it does today. After all, cantilever technology is a very specific thing and there is nothing to suggest the meaning of this word changed over time.

The Rise of Cantilever Racking Systems

With the rise of warehouses during the Industrial Revolution, storage technology became more advanced, as businesses needed to store ever more elaborate items in ever greater quantities. In came cantilever racking. With its ability to store longer and more bulky materials in a much simpler way, cantilever racking gave warehouse owners another option.

However, as cantilever racking became more popular, warehouse safety and rack safety needed to account for this new technology. This is where SEMA and Storage Equipment Experts come in.

The SEMA Cantilever Rack Safety Awareness Course was first introduced in 2015. The course is designed to give SEMA approved racking inspectors the knowledge and the training they need to be able to inspect cantilever racking, as well as pallet racking. As of 2017, Storage Equipment Experts’ SEMA approved racking inspector (SARI) is one of the only SARIs in the UK to have completed the SEMA Cantilever Rack Safety Awareness Course, as well as the SEMA Approved Inspector Qualification. 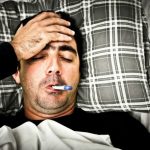 What HSE Thinks Your Warehouse Should Do About Cold and Flu 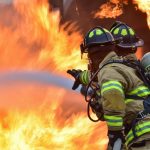 Google serves cookies to analyse traffic to the site and ads personalisation. Information about your use of our site is shared with Google for that purpose. Read our Privacy Policy for further information.OkPrivacy policy