Racking safety is just one part of a larger commitment to safety in general — and warehouse fires are just one of the many things which adhering to warehouse safety can prevent.

Warehouse fires often make headlines because of their scale. Yet, after the drama of a fire has burnt out, not enough attention is paid to the lessons learnt from these tragedies. A warehouse fire in Oakland killed 36 people and burned the whole building to the ground. As a result, two men were eventually charged with manslaughter after failing to properly take responsibility for the safety of the people inside their building.

All of this received plenty of coverage, as many expressed their condolences for the victims and their anger towards those responsible. What has not received enough coverage or attention, however, is how fires like this can be prevented in future.

Racking Safety Can Lessen The Main Causes of Warehouse Fires

For Ian Gough, senior technical advisor at BAFSA, the way to tackle fires should be entirely preventative. At the 2017 SEMA General Meeting, Gough blamed a culture of “unrealistic expectation” as one of the causes of warehouse fires.

Both of those dangers can be alleviated by racking safety and by following SEMA safety guidelines. When businesses perform the regular racking inspections which both the Provision and Use of Work Equipment Regulations (PUWER) 1998 and HSE recommend, they are making sure that their work equipment is neither faulty or misused. In doing so, they doing their bit to lessen the two dangers which make up nearly half of all warehouse fires.

Another issue Gough highlights is the unwillingness for people to take responsibility after a fire has occurred. After the Magna Park warehouse fire in 2005, Gough recalls a distinct lack of accountability for the fire.

The building was owned, operated, and managed by several different businesses, each with their own interests. Each group blamed the other, and to Gough this begged the question: “Who’s in charge here?” His opinion is that, when people fail to take responsibility, “that’s when accidents happen.”

When properly followed, racking safety and warehouse safety in general, gives clear guidance as to who is responsible for what. This responsibility is what prevents accidents. When someone knows that they will ultimately be the person to blame if something goes wrong, they are much more likely to do everything they can to make sure that nothing does go wrong.

Racking Safety Can Prevent Fires, But Sprinklers Stop Them

If there was one thing Gough stressed more than anything else in his talk, it was this: every single warehouse in the UK should be fitted with sufficient sprinklers.

Should the worst happen and a fire starts in a warehouse, sprinklers are there to stop them. Up to 99% of all fires in sprinkler-protected warehouses are prevented by the sprinkler systems. That success rate should be enough for sprinklers to be mandatory, but this is not the case.

Gough expressed his frustration that one of the key reasons people don’t install sprinklers is that they are worried about water damage. He argues that too many people imagine that if someone sets off a match and a tiny bit of smoke gets into the air, the whole system will go off.

While this is something often depicted in cinema — from films as wide-ranging as Die Hard to The Incredibles — it’s simply not true. The truth is that sprinkler systems only ever go off in a room where there’s a fire and they use a lot less water to put out a fire than the fire service would.

When sprinkler systems are combined with proper racking safety, warehouse fires can be prevented and — if necessary — stopped in their tracks. 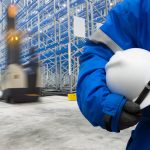 How to Spot a Bad Racking Inspection Course

Should I Give My Staff SEMA Racking Training This Christmas? 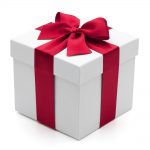