What are the 4 Most Dangerous Fictional Workplaces? A SEMA Approved Racking Inspector has the Answer…

At Storage Equipment Experts, one of the things we regularly

see in cinema, literature, and theatre is a dangerous workplace.

We let a lot of details slide in the name of telling a great story. After all, over the course of its ten-year run, Friends regularly changed the ages of its main characters as well as major events in their lives in order to tell a new joke or two. However, one thing that gets ignored far too often are the places where our beloved fictional characters work.

Even Fictional Workplace Safety is Important

Characters get into trouble, whether it is comic or tragic, for a whole host of reasons and so it wouldn’t be outside the realms of good story writing to make workplace safety a pivotal plot point. Instead, we are usually left wondering how on earth so many fictional businesses are still functioning. After all, with regards to Friends, who else works at Central Perk other than Rachel and Gunther? What happens when someone needs to call in sick? And have you ever once seen someone clean those tables?

For some stories though, a proper appreciation of workplace safety and the intricacies of the day-to-day workplace helps to add an extra layer of realism.

The Wire, HBO’s flagship crime-drama, was praised for its six-year commitment to consistent realism. It built an extremely convincing and compelling picture of the city of Baltimore, not by using broad brushstrokes, but by patiently adding thousands of small details together.

And yes one of these details was workplace safety. It became an important plot point as Officer Polk considers purposefully throwing himself down an unsafe stairway so that he can retire early and live off the compensation. Eventually, he can’t bring himself to do it. However, that unsafe stairway helps to teach us more about Polk’s character and his motivations, or therein lack of, for being a policeman.

Still, not every television show is The Wire. Sometimes a story moves too fast for the characters to pause and consider the unsafe working environment that they’re in.

There’s no reason why it couldn’t happen! Over the course of Doctor Who’s 50 years, The Doctor has experienced every kind of drama — from the political to the intellectual, to the comedic, to the absurd — so why haven’t pallet rack inspections found their way into the story? Would it really be any stranger than that time the Doctor was trapped in the Big Brother house?

Firefly, another sci-fi classic, lasted for just one season. Yet, despite this, the show still made room for some very simple details. We watch the characters eat meals together, we see how their beds fold out, and in the opening section to one episode, the crew are playing some kind of made up sport together.

In this fictional universe, where the everyday details are what make the show so believable, a safety inspection of some kind wouldn’t be entirely out of place.

Workplace safety is much more important to storytelling than we often give it credit. With that in mind, here’s our infographic on the most dangerous fictional workplaces of all time…

Whether it’s fairytale fantasy or fast-paced fight scenes, workplace safety factors into a lot more stories than we realise. Eddie Izzard once pointed out that the Death Star must have had a canteen. Equally, it must have had a safety inspector of some sort…

Pallet racking safety is no fiction! Contact Storage Equipment Experts for the best pallet rack inspections in the UK. 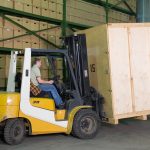 Top Tips for Forklift Safety in the Warehouse

A Day in the Life: What Do SEMA Approved Inspectors Do? 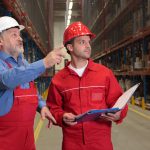