Trick or Treat? An Inspection of HSE’s 2016 Safety Record

Halloween’s approaching and 2016 is winding to a close, so it’s time for an inspection of HSE’s 2016 safety record so far.

There’s nothing scarier than workplace danger. Ghosts and goblins may be synonymous with Halloween, but any inspection of HSE’s previous annual reports goes to show that there is much to fear about a dangerous workplace.

Here at Storage Equipment Experts, we’ve decided to put together an inspection of HSE’s 2016. HSE has released reports, guides, made commitments, and had quite a big executive shakeup. But what does all this mean? Is it bad or good? Trick or treat?

In HSE’s full 2016 report, they state that workplace fatality rates in the UK are lower than every other European country with the exception of Malta. However, it’s worth noting that this data, despite being referenced in HSE’s 2016 report, is from the 2013 period.

When it comes to workplace fatalities, 2016 has been something of a mixed bag for HSE. Their standards are still extremely high, but it’s hard to argue that things have improved since 2013.

After over eight years of service running HSE, Dame Judith Hackitt stepped down from HSE’s Chair of the Board in April 2016. This was big news at the time, and it’s still big news now. Since she left the position, the government has also announced four big changes to the board of non-executive directors. So what does all of this change mean?

Right now, it’s early days, so it’s quite hard to say. On the one hand, it’s a positive thing to see HSE hire two women and two men at the same. It goes to show that they are serious about their continued commitment to workplace equality, both within across the UK and within HSE itself. On the other hand, some have criticised HSE’s appointment of Susan Johnson; someone with a working background which — some argue — does not qualify her for the position.

Before stepping down from her role as HSE chair, Dame Judith Hackitt helped to author a new strategy for HSE. An inspection of HSE’s new guide reveals a commitment to maintaining high standards and keeping pace with change, but no solid commitments to achieving specific goals. The guide is available for free from the HSE website and they have been keen to get the word out about it. The guide was released alongside a lot of new content on their YouTube channel and a new hashtag on Twitter (#helpGBworkwell).

What all of this will mean for small businesses is unclear. If nothing else, it will give HSE the ability to voice their side of the story to the public, rather than the public only hearing about HSE through angry comments, usually containing health and safety myths.

A 2016 Inspection: HSE’s Guide to Common Sense Makes the News

In March 2016, before stepping down as chair of HSE, Dame Judith Hackitt featured in The Guardian, The Independent, and The Belfast Telegraph with something of a rant about the UK’s current attitude towards health and safety. Specifically, Hackitt was referring to the way in which children are introduced to health and safety in schools.

Whenever HSE tries to guide schools, there is often a lot of cynicism about it. However, upon inspection of HSE’s involvement with schools, it becomes clear that their influence is actually quite innocent. Much of the bad press HSE receives about their excessive rule-making in British schools is often some kind of health and safety myth.

By contrast, Hackitt’s opinion is that we should have a more common sense attitude to children’s health and safety. She bemoans the “excessively risk-averse” culture of schools which has been bred from teachers’ fears of upsetting parents.

Her opinions were widely read, but there is the possibility that some corners of the public will interpret them as hypocrisy. To some, HSE is the cause of our “excessively risk-averse” culture, not the solution.

A 2016 Inspection: Our Verdict on HSE’s Year

At Storage Equipment Experts, we believe that HSE’s 2016 has been a net positive. The missteps they may have made were taken with the best possible intentions. The organisation has continued to ensure that the UK’s workplace fatality rate is one of the very lowest in Europe and that it continues to slowly decline.

We also respect HSE’s continued commitment to warehouse racking inspections. While the cuts to HSE funding have drawn criticism, HSE and Storage Equipment Experts are still working together to make certain that warehouses, pallet racking systems, and all elements of the British workplace remain as safe as possible.

Has 2016 been a safe year for your business? Contact Storage Equipment Experts for a warehouse racking inspection. 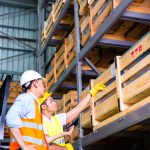 How to Prevent MSDs Through Regular Warehouse Racking Inspections

Do My Staff Need to Take the SEMA Racking Inspection Training Course? 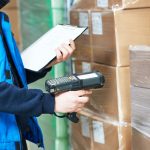