If you own a business with a storage system or warehouse of some kind, you’ve probably heard of SEMA or SEMA Racking Codes of Practice. You might also think that the acronyms and regulations which HSE and SEMA refer to when talking about racking safety are complicated and contradictory.

So, to simplify and summarise SEMA racking safety, here are the three things which you must know.

1. SEMA Knows More About Racking Safety Than HSE, HSA, or the EU

The pecking order is obvious. Laws are made by the EU, the UK follows EU laws as an EU member (at least for now), and SEMA follows UK laws as a British organisation. While this is how it should work in theory, it’s not necessarily how it works in practice.

An example of this is the SEMA Load Notices Code 2004. It was used to develop EN 15635, a European Standard adopted by all EU countries. In turn, HSE’s HSG76 bears a lot of similarities with EN 15635, which makes sense, as the UK also adopts European Standards.

What’s more, HSG76 also refers to SEMA directly throughout the guide. HSG76 gives general advice, but it defers to SEMA on specific issues.

One possible reason for this is because of the way in which global standards organisations are connected. The European Standards Organisation — which is related to the EU but not necessarily a part of it — is the body which adopted the SEMA Load Notices Code 2004 to develop EN 15635.

Because of Europe’s importance for global trade, this EN standard would then have likely influenced other standards organisations across the world. It’s likely for this reason that Australia and Canada’s advice on rack safety is so similar to Europe’s and SEMA’s.

SEMA racking safety is a standard recognised across the world. In part, the European Standards Organisation’s influence helps with this, but it also speaks volumes for how timeless and universal SEMA’s advice on rack safety is.

3. SEMA Racking Safety Is Not The Law

Considering how influential SEMA racking safety has been across the world, it seems odd that SEMA Codes of Practice are not legally binding in the UK or anywhere. Yet, this is exactly the case — and it’s all to do with the onus of responsibility.

In short, it is not the job of the British government — or representatives of the British government — to regularly inspect warehouses for safety. HSE only tends to get involved in cases where a breach of safety will likely to lead to a fine. These are the sort of horror stories which make headlines, but it’s not how the bulk of warehouse safety inspection is carried out.

Rather, HSE defers to “expert” rack safety inspectors. It uses SEMA as an example of an expert body which qualifies expert inspectors, but it doesn’t insist that warehouse owners use SARIs. In HSE’s own words, they are “free to take other action”.

If safety standards were to slip in your warehouse and HSE were to inspect it, the first question asked would be: what have you done to ensure the safety of your employees and other people who have been in this warehouse? If you follow HSE’s advice by adopting the SEMA racking safety practices which HSE refers to, you will “normally be doing enough to comply with the law”.

If you took “other action”, the onus of the responsibility is on you, as the employer, to prove that this “other action” is enough. According to the CDM Regulations 2015, you will also need to prove that your workforce is “competent”. SEMA qualifications are the best way of doing this, but they are not the only way.

It’s for this reason that many people choose to follow SEMA racking safety anyway, even though they are “free to take other action”.

SEMA Racking Inspection Guidelines: How Often Should a SARI Visit? 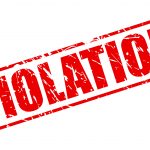 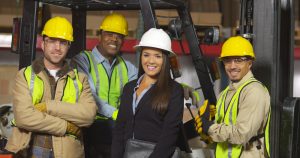 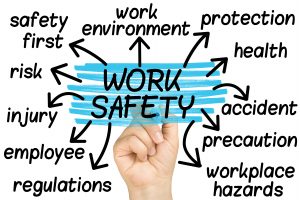 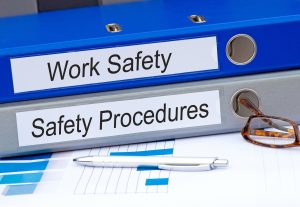